When Do Crape Myrtles Bloom in Texas?

Many call the crape myrtle one of the most versatile plants in the Texas landscape.

Why? It flowers all summer, comes in a variety of sizes and colors, has beautiful bark, is drought tolerant once well established, is disease resistant, grows well in alkaline or acidic soil as long as it’s well-drained, and is relatively fast-growing with a long life span. The leaves even offer great fall color. What’s not to like?

Of course, the biggest value the crape myrtle brings is its blooms. The showy flowers come in dense clusters of crinkled, crepe paper-like flowers in shades of red, white, pink or lavender. The plant can vary in size from dwarf to large shrubs to trees and lives happiest in hot summer climates.

In spring, you might be impatient for your crape myrtles to bloom and showcase their prize blossoms. Let’s learn more about these favorites on your Texas commercial properties.

When Do Crape Myrtles Bloom in Texas?

The bloom times of crape myrtles vary, depending on a number of factors. 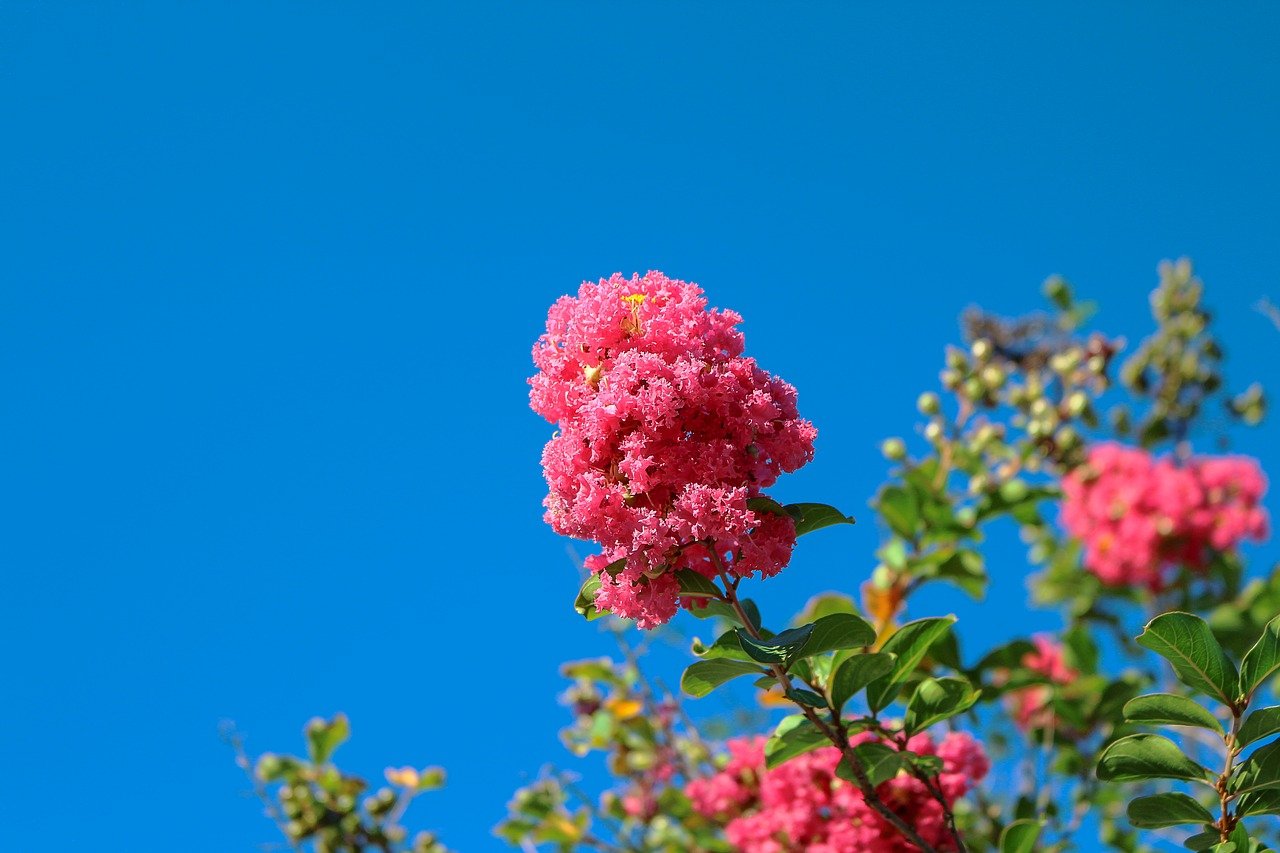 Some crape myrtles come into bloom with large clusters of flowers appearing on the tips of new branches in May, while other varieties wait until July or later.

Blooms continue into fall. After flowers fade and fall from the tree, the fruit can be cut from the plant to stimulate more blooms in 30 to 45 days.

Often property managers wonder why nearby crape myrtles will bloom before their own.

Crape myrtles love sun, so the amount of flowers they produce will be greatly reduced in light shade. Full shade can even prevent blooming altogether. So the location of your crape myrtles can make a big difference as to when they flower.

Another reason blooms may be late or nonexistent is because of improper pruning and care.


What Kind of Care Should My Crape Myrtles Receive During the Winter/Early Spring?

Despite what some people may believe or what you see some people do to their plants, crape myrtles don’t require heavy pruning to promote flower production.

While crape myrtles will produce flowers without any pruning, they will produce larger flowers and bloom more abundantly if lightly and properly pruned. By pruning your crape myrtles in late winter or early spring before growth starts, we can stimulate vigorous new growth when spring actually arrives.

Late winter is the best time to prune your crape myrtles because without leaves we can more easily see the plant’s branch structure and recognize which ones need removed. Fall pruning, especially in warm climates, can result in a quick growth response that prevents dormancy and makes winter freezes potentially terminal.

People who overprune their crape myrtles will usually cause them to bloom later (as much as four to eight weeks later) than they would if they were not pruned. 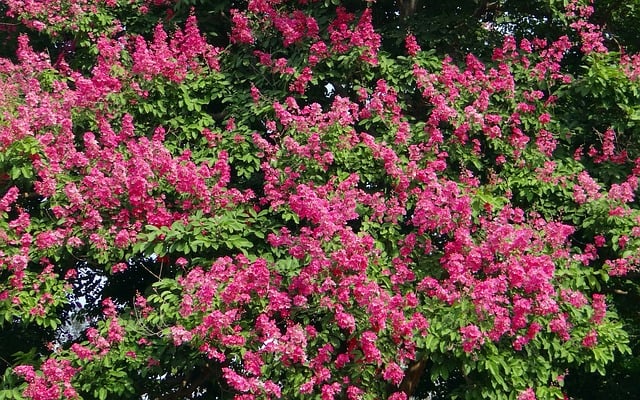 Also, the application of a high phosphorous, slow-release fertilizer in early spring can help promote healthy growth, insect and disease resistance, as well as more colorful and abundant blooms.

Crape Myrtles in the Fall and Winter

While crape myrtles are most valued for their summertime blooms, they have other attributes that make them desirable all year long.

In the fall, foliage turns into shades from delicate yellows to intense reds.

The attractive, exfoliating bark of crape myrtles peels away to expose a trunk which ranges in color from many handsome shades of brown to gray. This bark is especially noticeable in the winter months when the tree is leafless.

The Pride of Texas

Since the crape myrtle is the official state shrub of Texas, it’s no denying that it’s a favorite among people here and a commercial landscape enhancement we are asked about often.

If you need help tending to your crape myrtles or choosing the right crape myrtles to plant on your Texas commercial properties, contact Yellowstone Landscape. 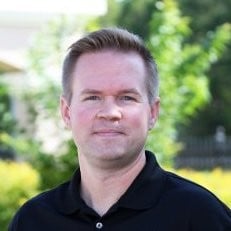